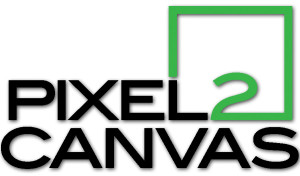 Pixel2Canvas is excited to announce the availability of custom printed backdrops from designs licensed from Terry A. Cutlip of TACtile Studio LLC. Previously available direct from Terry under the business name Sassy Designs, Pixel2Canvas has agreed to market and sell her amazing designs under a licensing agreement which will combine one of the most talented producers of digital designs with a leader in canvas printing for the photography marketplace.

Pixel2Canvas has previously worked with several other designers under white label agreements which produced thousands of quality backdrops for their companies. *Pixel2Canvas*is excited to be stepping up and taking responsibility for the marketing and sales efforts as well and we believe that we could not have a better partner, providing design advice and support than Terry A. Cutlip of TACtile Studio.

Terry has been actively involved in the digital design business since the dawn of the internet age. Her first company, Sassy Designs, Inc. Was founded in 2002 and through the years she has found great success as a designer and independent business woman. We have worked with Terry previously and are truly blessed to be about to work with her again.

Terry’s latest venture, TACtile Studio, combines her passion and skill in one amazing site. Her digital design catalog is amazingly deep and we will be continually bringing new designs to our catalog of available backdrops.

Pixel2Canvas has been in the business of fine art canvas production since 2006. With a decade of experience, we utilize only the finest quality materials and have built a strong and growing business working with professional photographers and artists. We have produced thousands of backdrops for clients and companies in the past and are excited to be partnering with Terry Cutlip to make her designs available to photographers again.

TACtile Studio Backdrops by Pixel2Canvas are available on the Pixel2Canvas.com website NOW!